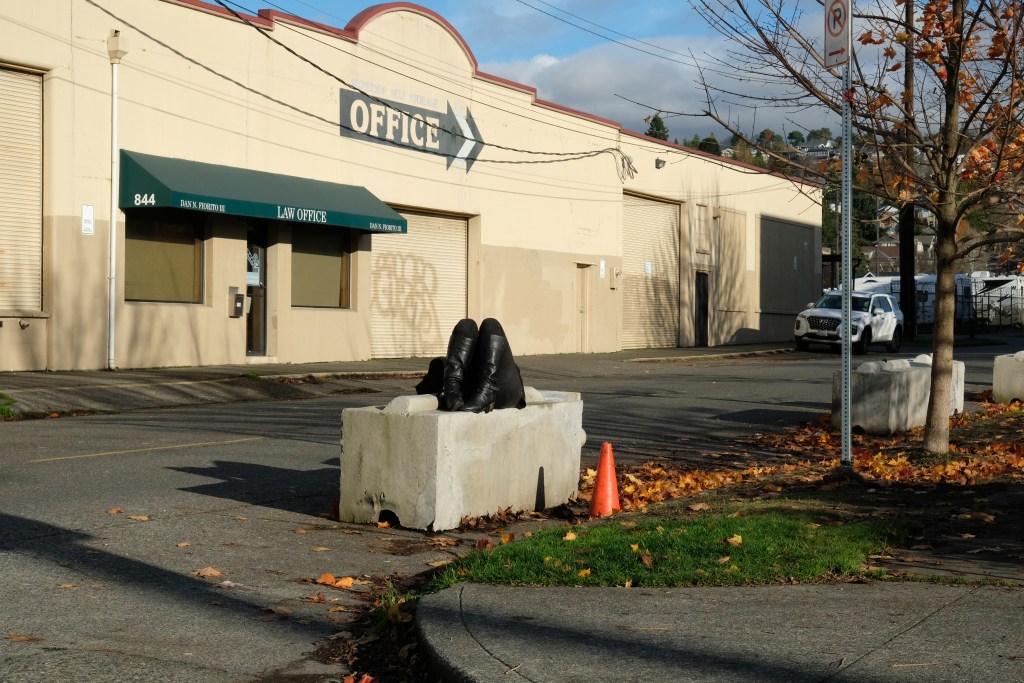 
1. A series of false radio transmissions by Seattle police officers in June 2020 that described a group of armed far-right extremists roaming the heart of downtown had “improperly added fuel to the fire” during a tense summer of racial justice protests and clashes with police according to an accounting director’s office. Police (OPA) Andrew Meyerberg, whose office launched its investigation into the incident on Wednesday.

The dispatches were part of a disinformation campaign devised by Brian Grenon, then the Eastern District Commander for the Seattle Police Department. The dispatches came just hours after officers cleared the outpost with instructions from Assistant to the President Tom Mahaffey. In an interview with OPA, Grenon explained that the ruse was aimed at convincing protesters that the department had “more officers out there doing regular things” at a time when the SPD was stretched. Grenon did not seek approval for the campaign from then-chief of police Carmen Best or Mahaffey, nor did he tell his subordinate officers what they would say.

Low-ranking officers chose to describe the armed group of the Proud Boys, a far-right extremist group known for street brawls that featured prominently in the attack on the US Capitol last January, and assembled near Seattle City Hall. In interviews with the Counter-Terrorism Bureau, the officers said they had never participated in a disinformation campaign before.

Lisa Herbold, chair of the City Council’s Public Safety Committee, noted that the SPD has faced scrutiny over disinformation in the recent past. In 2019, the Anti-Terrorism Law launched an investigation into an officer who lied to a driver suspected of hit-and-run; Although the accident damaged a batch of parked cars, the officer claimed that the accident left one person in critical condition. Less than a week later, the driver died of suicide after agonizing over the accident, believing he had killed someone.

While Washington state law allows police officers to use subterfuge while undercover, to gather information for investigations and address a “urgent threat to life or public safety,” the same law prohibits hoaxes that are so “shocking” that they lack “fundamental fairness.” In the 2019 case, Meyerberg ruled that the officer’s stunt was not necessary or appropriate, and that it likely led directly to the driver’s suicide. The SPD suspended the officer in charge of the stunt for 6 days, and Meyerberg recommended that the SPD begin training officers in stunts,” including That’s when they’re relevant and when they shock basic fairness.”

On Wednesday, Herbold noted that SPD had not yet fully implemented Mayberg’s recommendation, and said she had asked Mayberg to issue a new recommendation, specifying that officers need to document any hoaxes so investigators can review their suitability.

Although Meyerberg noted that a stunt of the proud Boys likely contributed to some protesters’ decisions to arm themselves, it appears that none of the officers involved in the stunt would face discipline. Grenon and another commander who oversaw the effort had since left the SPD, and Meyerberg saw that while the four lower-ranking officers who participated in the stunt did not judge matters, their officials were mostly to blame.

“I have resigned from my responsibilities at Fremont Brewing to run my campaign and to avoid conflicts of interest, I have formally separated from Fremont Brewing after the election.” — City Councilman Sarah Nelson, in response to an email from Reverend Bill Kerlin-Hackett, Resident Vehicle Awareness Program

2. When new 9th-placed City Council member Sarah Nelson was sworn in on Tuesday afternoon, she confirmed her experience as co-owner of Fremont Brewing, referring to herself as “the first small business owner on City Council since 2009.” (Jean Drago, who owned the Häagen-Dazs franchise on Ave, retired that year.)

In an email responding to a homeless service provider’s concerns about Fremont Brewing’s use of large concrete “ecological blocks” to obstruct parking in the streets around Ballard’s brewing facility, Nelson said she no longer had anything to do with the work, which she said she owns with her husband, Matt Linkcom. and could not respond to any requests by Fremont Brewing to remove the obstructions.

Nelson said in an email to Reverend Bill Kerlin Hackett, head of a city-funded vehicular outreach program. “This is why I have not spoken to any journalist about this and why I should decline to engage in a discussion with you now. For up-to-date information on the application of the SDOT for complaints of street use violations, I have referred inquiries to [the public information officer] In SDOT (copied). “

Kerlene Hackett’s initial letter asked Nelson to “commit now as a member of the board.” [with] what is required by law; This removes the environmental barriers that surround your brewery.” In response to Nelson’s email, Kerlin Hackett wrote, “I know it is very common for those who elect to wash their hands. But it is clear from your response that you know that this is a problem and a violation of the law. If you read the message from the SDOT that I sent you, you will know that their problem is their inability to get support from the executive branch or the council in how the law is applied.”

Several industrial estate owners, including several in the blocks immediately adjacent to Fremont Brewing, have placed eco-blocks in the right of way to block out people living in RVs (which, under Seattle law, can only park their cars). all night in industrial areas ) from street parking. The use of environmental blocks to obstruct parking is illegal, but the SDOT did not enforce the law, opting instead to send warning messages to companies, including Fremont Brewing, that use the blocks to deter recreational vehicle parking.

The SDOT’s laissez-faire approach to street use did not extend to RV owners themselves; Shortly before the latest snow and ice storm, the city showed up with two trucks to tow a batch of recreational vehicles from West Green Lake Way, part of a sweep that also forced people camping in the area to move their tents to a different part of the park.

Nelson did not immediately respond to questions Thursday about what her “official breakup” with Fremont Brewing would entail.

3. A Seattle police officer shot and killed a man suspected of burglary in southern Seattle Wednesday afternoon after the man killed a police dog and stabbed the dog handler, Officer Anthony Dockery, in the face.

The dog, named Jedi, was at the center of a lawsuit against the City of Seattle by a woman who attacked her during a training exercise in a Tukwila parking lot in January 2020. At the time, the SPD was using the parking lot as part of a training course for K-9 units. Dockery was driving the Jedi through the course with a long shot and lost his sight near a corner; There, the Jedi found a woman taking a break from her work in a nearby building and – acting on training – bit her leg. The woman, Valerie Heffernan, later settled in Seattle for $ 225 thousand.

Wednesday’s shooting was the fourth high-profile incident involving Dockery and a dog. In 2018, the Police Accountability Office investigated Dockery for using a police dog against a pair of unarmed people suspected of car theft. SPD suspended Ducre over the incident, and OPA Director Myerberg recommended that the administration review its policies on the use of sniffer dogs to determine that “a fugitive does not, in and of itself, provide a justification for the use of dogs.”

Before the investigation was completed in 2018, the Counter-Terrorism Bureau opened a separate investigation into an incident in which Dockery used a dog to attack another suspect in a car theft. Meyerberg wrote in his case summary that the K-9 chain of command trained officers to use sniffer dogs inappropriately. While the SPD later modified its K-9 policies, a 2020 audit by the Seattle Office of the Inspector General (OIG) found that the department’s policy reviews contained notable flaws, including ambiguity about whether officers could use sniffer dogs in protests. . Since 2015, six investigations under the Pollution Control Act (OPA) into the use of sniffer dogs have resulted in a discipline, retraining or policy review.

On Wednesday, an officer shortage at the Southern Outpost meant the Jedi was the only “less-lethal” weapon available to answer a call about an armed man breaking into a home.

We use cookies on our website to give you the most relevant experience by remembering your preferences and repeat visits. By clicking “Accept All”, you consent to the use of ALL the cookies. However, you may visit "Cookie Settings" to provide a controlled consent.
Cookie SettingsAccept All
Manage consent

This website uses cookies to improve your experience while you navigate through the website. Out of these, the cookies that are categorized as necessary are stored on your browser as they are essential for the working of basic functionalities of the website. We also use third-party cookies that help us analyze and understand how you use this website. These cookies will be stored in your browser only with your consent. You also have the option to opt-out of these cookies. But opting out of some of these cookies may affect your browsing experience.
Necessary Always Enabled
Necessary cookies are absolutely essential for the website to function properly. These cookies ensure basic functionalities and security features of the website, anonymously.
Functional
Functional cookies help to perform certain functionalities like sharing the content of the website on social media platforms, collect feedbacks, and other third-party features.
Performance
Performance cookies are used to understand and analyze the key performance indexes of the website which helps in delivering a better user experience for the visitors.
Analytics
Analytical cookies are used to understand how visitors interact with the website. These cookies help provide information on metrics the number of visitors, bounce rate, traffic source, etc.
Advertisement
Advertisement cookies are used to provide visitors with relevant ads and marketing campaigns. These cookies track visitors across websites and collect information to provide customized ads.
Others
Other uncategorized cookies are those that are being analyzed and have not been classified into a category as yet.
SAVE & ACCEPT